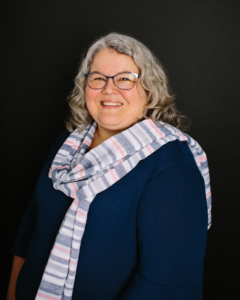 In March 2019, we gathered a small group of people who receive support from Mainstay to talk with them about creating a Self-Advocates Advisory Board. This group would allow them opportunities to learn about being an advocate, to have a voice in the way programs and services are delivered at Mainstay, and to teach others about the importance of advocacy.

The self-advocates kicked off their April meeting by inviting members of the Washington County ARC advocacy group to visit and share information about what it means to be a self-advocate through a training series they offer.

In May, the self-advocates travelled to Harrisburg to meet and talk with their state legislators, sharing issues important to them, such as: having access to transportation, especially on evenings and weekends; decreasing staff turnover and increasing staff wages; and having more affordable and accessible housing options, just to name a few. They participated in a rally in the Capitol rotunda and cheered when they heard speeches in which their issues were being championed by legislators. The bus ride back home was filled with excited chatter about what they’d seen, heard and accomplished, as well as plans to attend again next year.

The Self-Advocates Advisory Board extended an invitation to representatives from the Irene and Dr. Walter Jacob Giving Fund committee to attend their June meeting. The Giving Fund committee plans events and approves funding requests from the people Mainstay supports for supplemental needs. The self-advocates discussed the kinds of social activities they wanted to see provided throughout the year for the men and women supported by Mainstay. They shared ideas about everything from attending Pittsburgh sporting events to going on a tour of Amish country. Their diverse ideas were recorded and taken back to the entire Giving Fund committee.

Kim Sonafelt, Chief Executive Officer, accepted the invitation to talk with the Self-Advocates Advisory Board at their October meeting. They discussed changes to the supported living program; how they could be more involved in the hiring and training process for new staff; creating a Facebook page to connect with other self-advocates at Mainstay and communicate about events and resources; and future plans to meet with their local legislators in their home offices.

Alex Calabrese, Director of Human Resources, will be attending the self-advocates’ next meeting to discuss their ideas for being more involved in hiring and training of new staff. They are excited to be piloting a new side-by-side training program where staff and the people they support learn together about issues important to being independent, self-determined, and creating healthy relationships with others, including their staff. Employment Services and Fiscal Department staff are also on the list of people the self-advocates would like to invite to future meetings.

It was a great first year and the Self-Advocates Advisory Board is headed into the second year with impressive plans! They would like to expand membership to anyone receiving supports through Mainstay by putting out more information, so people know how to connect with them and join the meetings. Capitol Day 2020 will see the return of an even bigger group to Harrisburg in March, and they will no doubt be prepared with a list of issues to discuss. As you can see, the self-advocates are an inspired group doing their best to make a difference in their own lives and the lives of others.